The latest World Cup has certainly seen a huge rise in popularity for the women's game & we're absolutely delighted about that. Being Edinburgh based, we've found ourselves working closely with players from the very successful Hibs Ladies team!

One such player is goalkeeper Jenna Fife, who has become a key player with the green half of Edinburgh. We first began working with her back in 2016 when she was just 20 years old & breaking into the first team.

Since then, she has won trophies with Hibs & been called into the national squad. She even travelled with the squad to this year's World Cup in France. 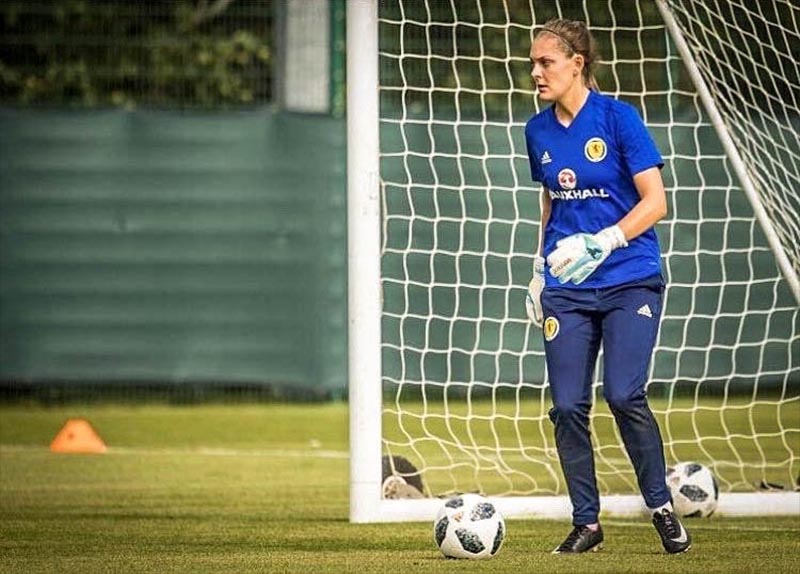 One consistent feature in Jenna's game since we first met up with her 3 years ago is that it was then that she began wearing Precision goalkeeper gloves.

Precision were the first major brand to create a range of goalkeeper gloves specifically for female shot-stoppers. They had a narrower wrist & were cut to match the contours of a woman's hand.

Even back in 2016, not long after she got her first pair, Jenna was bowled over by the quality:

"The new ladies' range is excellent! The best thing about them is definitely how they fit. You can definitely tell they've been shaped and cut to fit female hands.

They're much more comfortable than when I was wearing regular goalkeeper gloves, plus the grip on the Precision gloves is fantastic."

Jenna has upgraded since then, with Precision improving their product year-upon-year it only made sense for Jenna to ensure she had the latest designs. 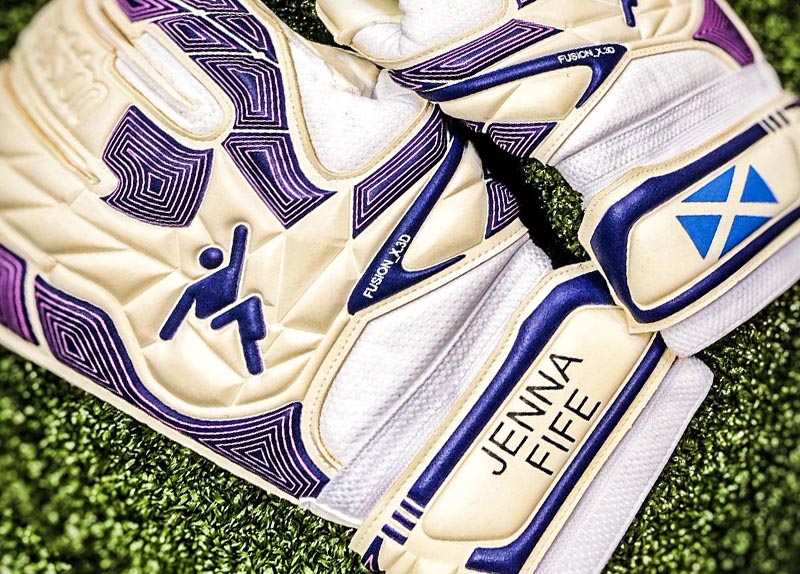 Precision's newest top-level iteration of their women's glove range is the Fusion X 3D Giga Roll (yes we know that's a bit of a mouthful). Coming in a vibrant white & purple colourway, the gloves feature a giga latex palm for extremely consistent grip in all weather conditions.

Most top keepers (male or female) opt for a roll finger cut, which these also have. Roll finger means the latex wraps around the fingers for an enhanced feel on the ball, but doesn't necessarily hug as tightly as a negative cut glove.

With Hibs Ladies still very much in the title hunt, Jenna will be looking to take her form into the 2nd half of the Women's Premier League season. After all, she only conceded 7 times in the first 11 games: not bad at all!

If you fancy getting yourself a pair of gloves like Jenna & trying to follow in her footsteps, you can pick up a pair today from Football Nation!