The FNQCUP: what's happened so far?

Posted by Christopher Smith on October 18, 2019

We're not a million miles away from the 3rd round draw of this year's Football Nation Qualifying Cup taking place, so for those of you who've missed it so far, have a read of this to bring yourself right up to speed...

The 1st round took place on the 17th August & saw over 80 goals scored across 17 matches, giving an average of 4.6 goals per game.

The biggest win on the day was a thumping 8-1 victory for Haddington Athletic away to Arniston Rangers, while both Glenrothes & Civil Service Strollers recorded 6-0 wins over Craigroyston & Dunipace respectively.

The 1st round also saw the cup holders go out, as Spartans were handed a tough away tie to former SPFL side & recently relegated Berwick Rangers. It was a tightly contested match, however Spartans went down by 2 goals to nil. 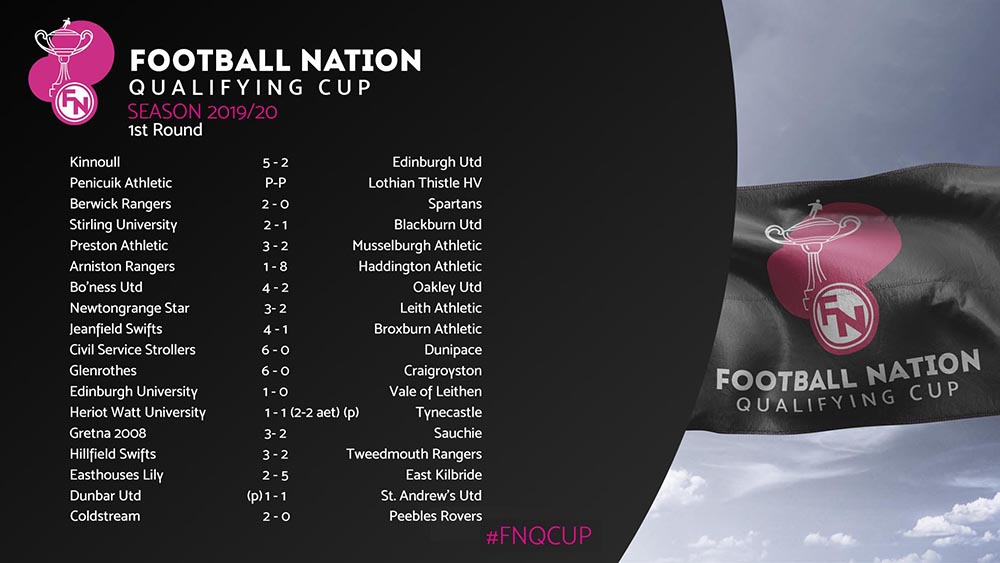 There were actually 2nd round matches played on the same day as the 1st round: the 17th August. These games were all one-sided affairs, with big victories for Dalkeith Thistle, Crossgates Primrose & Tranent Juniors. 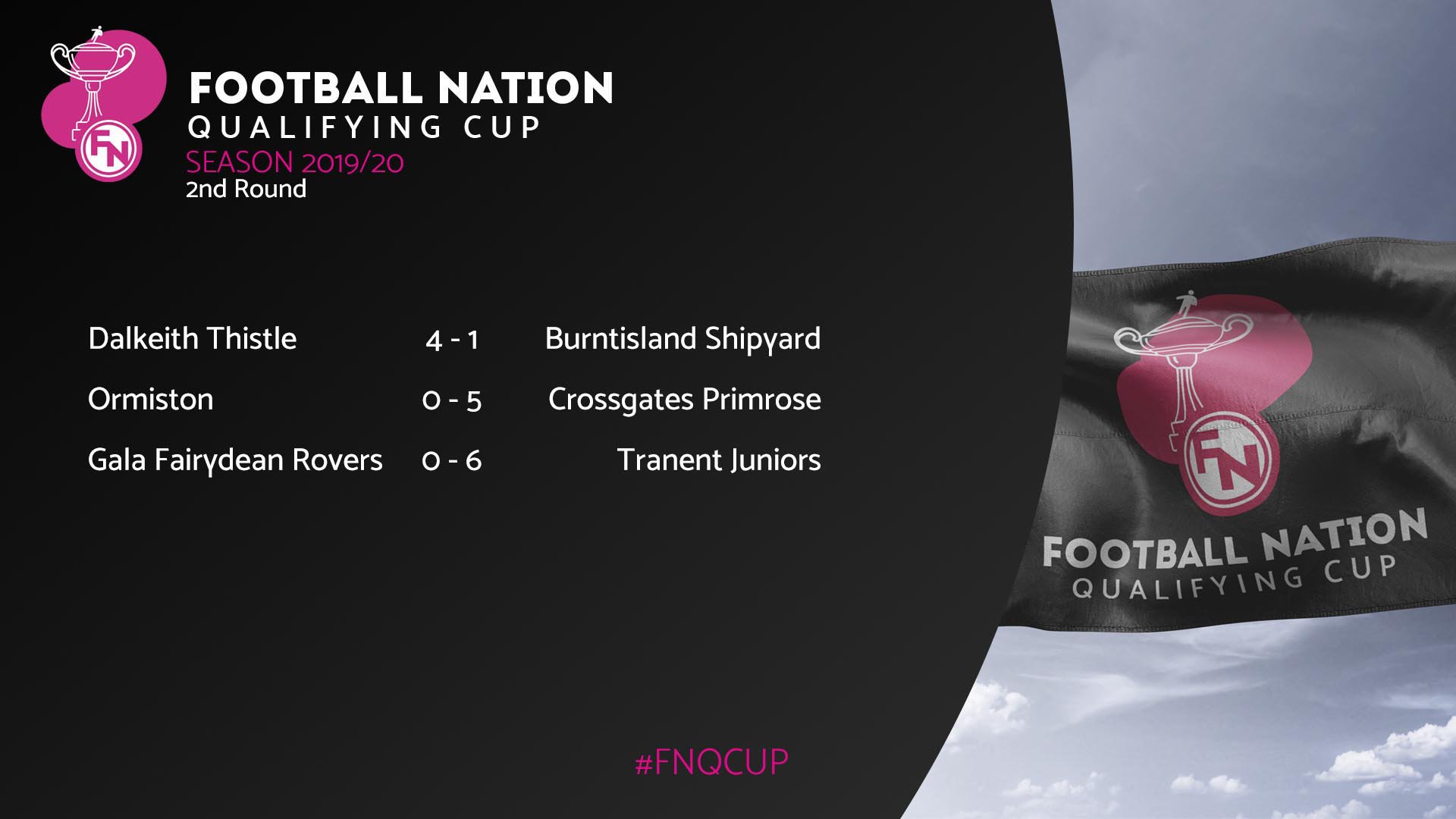 The 2nd round continued...

The next batch of 2nd round fixtures took place on Saturday the 21st of September & saw another 6 teams battle it out for a place in the 3rd round.

Last year's finalists Camelon Juniors won a 6 goal thriller against Glenrothes, while Whitehill Welfare travelled to Coldstream & put 5 past the home team. Haddington won away to Jeanfield Swifts, but by a more modest scoreline than their emphatic romp in the first round. 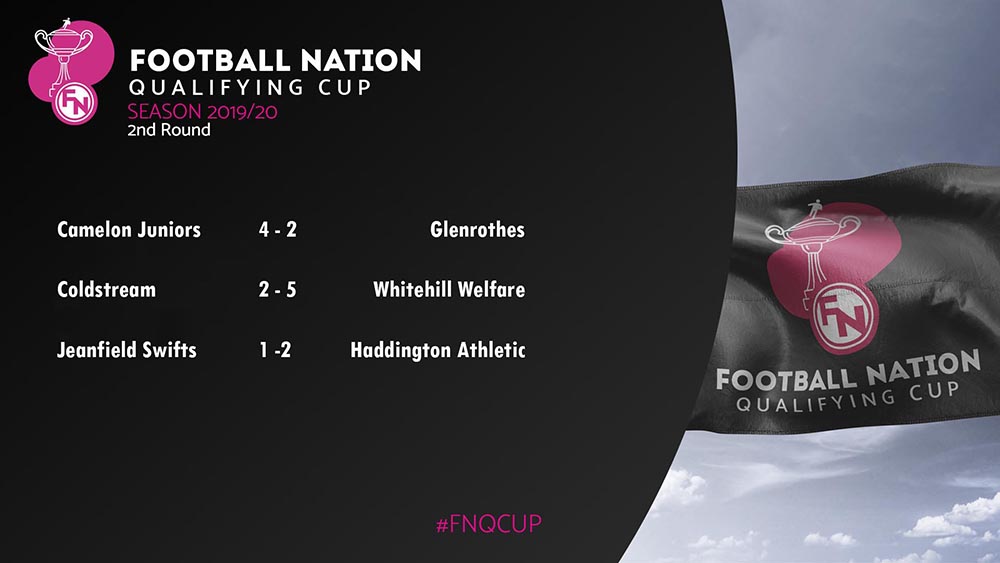 Getting you right up to date...

The most recent set of FNQCUP fixtures took place on the 12th October & again saw six teams duke it out for a place in the 3rd round.

Game of the day was definitely Dundonald Bluebell v Edinburgh University as the Fife side progressed in an outrageous & tightly-contested 10 goal match. Fellow Fifers Hillfield Swifts weren't so fortunate though as they lost out at home to Bo'ness United. 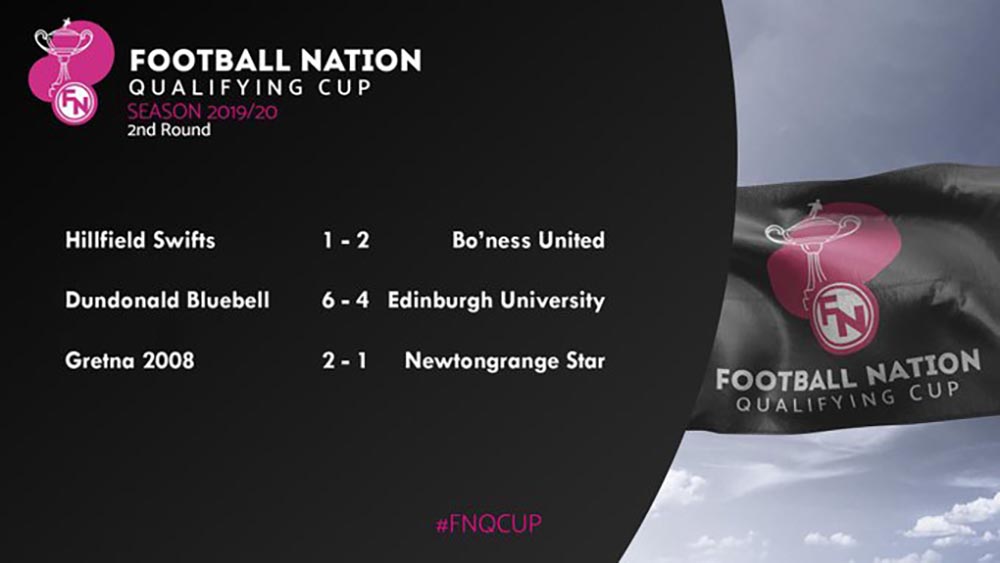