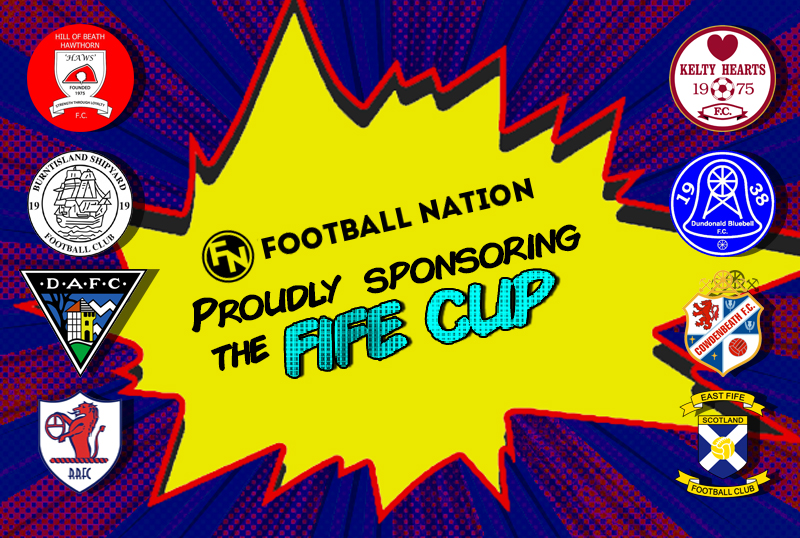 We are absolutely delighted to become the official sponsors of The Fife Cup 2019. The historic tournament dates all the way back to 1882 and it's something the team at Football Nation are thrilled to be a part of.

The sponsorship is part of Football Nation’s ongoing commitment to support football at all levels and the partnership will run for a minimum period of 2 years.

The first two ties of the tournament have already been played and saw Raith Rovers defeat Burntisland Shipyard and Cowdenbeath overcome Kelty.

A little bit about the tournament

As a result of a meeting held by the Fifeshire FA over 137 years ago, there was discussion around a knockout cup tournament focused on teams within the Kingdom of Fife.

The Fifeshire Cup was subsequently formed and the inaugural tournament was won by Dunfermline as they defeated arch-rivals Cowdenbeath 4-1.

Since then, the cup has also been known as the “Fife & District Cup” & the “Fifeshire League”, before settling on the name we know & love today.

Football Nation continues to lead the way as a kit supplier of Teamwear to customers far and wide. We also supply match kit to four out of the eight teams involved, including Cowdenbeath, East Fife, Kelty Hearts & Dundonald Bluebell where each kit is made by us in association with Errea & Joma respectively.