A Lasting Legacy: the Blue Brazil

We all know how important family is when it comes to choosing your football side. Those of you who grew up in a Liverpool-supporting house are unlikely to turn around & support Manchester United (unless you're intentionally trying to upset your poor parents).

But does the love-affair carry on through the lineage even when placed far away from the club? Will the Liverpool-supporting dad's son or daughter still support the Reds if they are brought up in London or even Wales or Scotland?

Well it can all depend on the reasons the father supported the club in the first place & how intense that level of support was.

The reason we're asking all these questions? Well we couldn't help but notice, that for the last 4 years we've been selling Cowdenbeath shirts to a certain Huw Dawson down in Swindon. You can see Huw & his son Ross sporting their shirts proudly below... 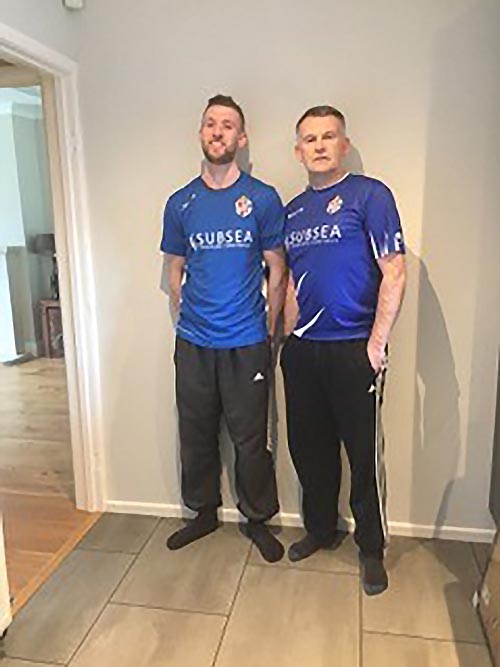 As Football Nation supplies Cowdenbeath with their Uhlsport shirts each season, our curiousity peaked & we decided to ask Huw just why someone in Swindon was ordering Cowdenbeath shirts? The answer of course, was for family reasons (see why we had all that chat in the first couple of paragraphs now).

Every year, Huw orders a Cowdenbeath shirt for his son Ross & they both share a mutual affinity for the Blue Brazil because of Huw's late father, Robert Dawson. He was born in Cowdenbeath in 1935 but moved to the Midlands at a relatively young age.

Robert was a huge football fan, often going to watch the likes of Wolves, West Brom & Aston Villa every week. However, he stayed true to his roots as he remained adamant that Cowdenbeath would always remain the team for him. Sadly, Robert passed away in April 2003.

Knowing fully well of his late father's love for the club, Huw contacted Cowdenbeath & asked if they could have Robert's ashes scattered on the pitch. To his delight, Cowdenbeath were more than happy to agree to this. So Huw organised a mini bus up to Fife as he, his mother, uncle, his brother & sister, spouses & children all journeyed north of the border.

Cowdenbeath had Huw & his extended family as official guests for a match against Brechin City, which they drew. The day after, they scattered Robert's ashes onto the grass of Central Park stadium. This meant a great deal to Huw as he was pleased to know his father's final resting place was somewhere that was so dear to him in life. 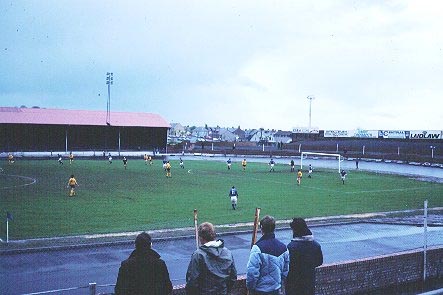 Huw & his son Ross still look for the Cowdenbeath results every week, having enjoyed numerous ups & downs over the years. When he was younger, Huw used to tell Ross that his granddad had scored every time Cowden bagged a goal at home. The family have even made the journey back up to Fife on a few occasions, with the club allowing them to lay flowers by the goals in memory of Robert.

To the Dawson family, the hallowed turf of Central Park stadium will always be sacred ground...