There's nothing cooler than a retro track jacket, especially if it's for your home country! The Scotland 1970s retro track jacket by Copa is an exact replica of the one worn by players during a golden era of Scottish football.

The 1970s saw Scotland qualify for not one, but two World Cups and saw some of the country's greatest ever players pull on the national jersey during that time - and of course, who could forget Archie Gemmel's goal in that legendary 4-1 victory over Holland!?

Not only does the Scotland retro jacket look exactly the same as the ones worn by the players during the 1970s, it feels the same too! This is thanks to the luxurious Egyptian cotton that Copa use on most of their famous retro range, giving the jacket an authentic feel.

Whether you're at the game, watching in the pub or at home, the Scotland 1970s retro track jacket is the most stylish way to cheer for the national side (just try to tell us you're not picturing yourself wearing it with a pair of jeans right now). 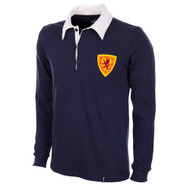 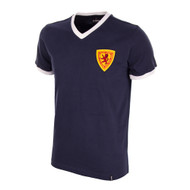 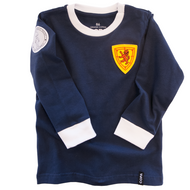